ITEM: NTT DoCoMo has released a blitz of simultaneous 5G announcements, including an ultra-reliable low-latency (URLL) trial with Huawei and a mobile digital signage deal with Sony. But perhaps the more significant of the bunch is its joint trial with Mediatek that has produced a working chipset supporting non-orthogonal multiple access (NOMA) radio access technology.

NOMA is a relatively new form of multiple access technology that can potentially wring even more capacity and spectral efficiency out of LTE networks and help 5G live up to its promise. Cellular networks have typically found ways to cram more user connections onto base stations by identifying and dividing up the signals based on time, frequency and/or code. Put simply, NOMA does all that but adds another metric – the ability to separate signals based on their power levels. That means two or more signals that arrive at the base station at the same time using the same frequency can still be multiplexed based on their respective signal strengths.

Combined with multi-user interference cancellation (MUIC) technology – which removes interference from other users to enable the radio to detect power-level differences – NOMA can multiplex more signals, which means much better spectral efficiency gains over OFDMA. It doesn’t mean higher-power signals get priority at the expense of lower-power signals – NOMA is designed to achieve a better balance between treating signals more fairly and maximum throughput.

According to the press release, three such devices embedded with the chipsets were placed in different locations, and received data that was transmitted simultaneously from a base station using the same frequency but at different transmission powers:

Using the developed chipset, each device successfully eliminated interfering signals intended for the other devices and received only the intended data, resulting in up to 2.3 times greater spectral efficiency than that of single-user Multi Input Multi Output (MIMO).

URLL: How low can you go?

Meanwhile, DoCoMo also revealed the results of a URLL communications trial using a 4.5 GHz system developed in collaboration with Huawei.

Result: for a stationary terminal located 0.8 to 1 km from the base station, DoCoMo achieved over-the-air latency of less than 1 millisecond, together with a packet transmission success rate of more than 99.999%, which meets the URLLC benchmarks defined by 3GPP and ITU-R.

DoCoMo said it was able to achieve the same result for a mobile terminal moving at 25 km/h, albeit at a shorter distance from the base station (0.3 km to 0.6 km).

Here are the preceding two paragraphs in chart form:

Finally, DoCoMo said that it has struck a deal with Sony to conduct a joint trial in which HD video will be beamed via 5G to an experimental high-tech vehicle kitted with an external 4K digital signage system.

The trial will be conducted at the DoCoMo’s 5G trial site, and will evaluate the speed and quality of HD video transmitted to the vehicle’s 4K digital signs as it drives around.

The vehicle – called the New Concept Cart – was designed by Sony. It looks like this. 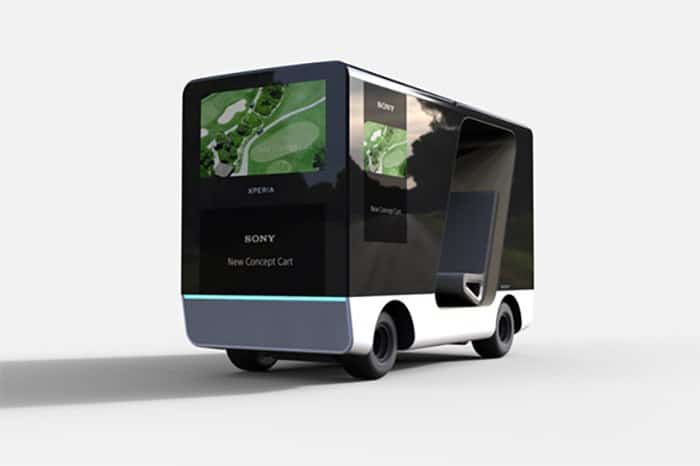 If any of you are in Tokyo at the end of next week, the New Concept Cart will be on display at DoCoMo’s R&D exhibition, Mietekita Chotto Saki no Mirai (A Peek into the Near Future) at the National Museum of Emerging Science and Innovation (Miraikan) in Odaiba, Tokyo from November 9 to November 11.