The company forecasts the APAC e-commerce market to grow from $1.6 trillion in 2018 to $2.3 trillion in 2022. According to GlobalData’s latest Consumer Payments Insight Survey, alternative payments grew from 49% in Q1 2017 to account for 51% of the total e-commerce transaction value in APAC in Q1 2018. Meanwhile, payment cards, bank transfers, and cash/cheques accounted for 28%, 15%, and 6% respectively. 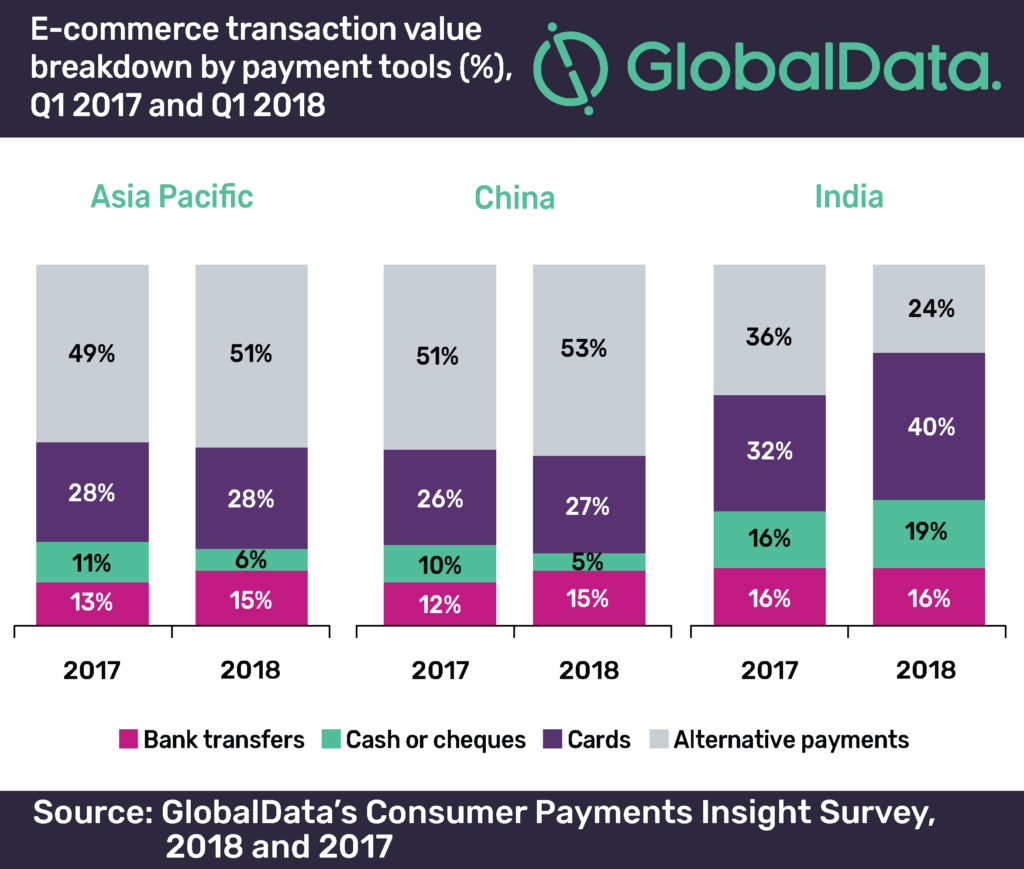 Ravi Sharma, senior payments analyst at GlobalData, said that adoption of non-traditional payments in the APAC region has occurred well ahead of that in the West.

The alternative payments market in APAC is mainly driven by China, where such solutions accounted for 53% of total e-commerce transaction value in Q1 2018. Alipay remains the most popular tool overall with a 41% share, followed by WeChat Pay with 7.1%. Tencent, which owns the Tenpay brand, introduced WeChat Pay to leverage the popularity of its social media app WeChat, which has a huge customer base of around one billion.

Similarly, non-traditional payment tools account for nearly one third of the total e-commerce transaction value in Australia in Q1 2018, with PayPal being the preferred solution with a share of 15.9%.

In India, the major push towards electronic payments came from the government with the demonetization initiative implemented in November 2016 displacing cash to a large extent in favor of alternative payments in 2017. The share of alternative solutions, however, declined in 2018 partially as a result of the cash supply restoring to normalcy and the central bank’s regulation regarding stricter KYC procedures for digital wallet users.