Amazon released a series of products and services in what looks like an experiment to see how much privacy users are willing to surrender in return for fun and convenience.

Amazon only speaks to the market like this once a year meaning that every event is loaded with both hardware and software products, updates, and services.

First, Astro: which is a small dog-sized robot on three wheels that carries a display and a periscope camera as well as a series of detectors that can monitor your home.

Second, Echo Show 15: which is an upgrade to the Echo show 10 except that this time, it is designed to be attached to the wall. 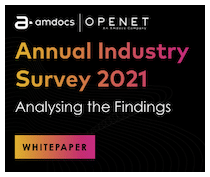 Third, Glow: which is aimed at kids and, in addition to its onboard screen and camera, projects a 19-inch display onto the surface with which kids can interact.

Fourth, Ring: Not to be outdone by 1st party products, Ring also made a number of announcements.

Amazon is following its tried and tested strategy of chucking mud at the wall to see what sticks.

As a result, I do not expect to see all of these products still around in a couple of years as those that don’t work will get quickly killed off.

These announcements are mainly an experiment to see to what degree Amazon can invade its user’s privacy before they push back.

Ring has had problems in this area before and with cameras inside homes relaying video and sound, security becomes a company-breaking issue.

It will only take one well publicised and compromising hack to set this initiative back years.

This is why I am generally pretty cautious about this experiment in terms of it taking off in a big way for a while.

I remain unenthused by Amazon’s share price, as the shares are going broadly sideways as the fundamentals grow much faster and bring the valuation to more reasonable levels.

I have no urge to get involved with the shares yet.