The China-US trade war will negatively impact both economies, particularly the Chinese economy in view of its massive trade surplus with the US – and almost no industry will emerge unscathed, whether they’re directly targeted or not, according to analyst firm IDC.

On July 6, 2018, the United States tariffs on $34 billion worth of Chinese imports took effect, and the Chinese government immediately fought back by announcing its own version of retaliatory duties on US goods, officially setting off a trade war between the world’s two largest economies.

The list of Chinese products targeted by the US tariffs include robotics, aviation and aerospace, industrial machinery, automobiles, vaping devices, rare earth metals and LED light bulbs. Of the 1,102 categories of products targeted, only 1% are consumer goods, with the rest being mainly products in the secondary sector and related to the areas identified and encouraged by the “Made in China 2025” initiative.

The list of US goods targeted by China’s retaliatory tariffs is composed of 545 items, including agricultural produce, automobiles and aquatic products, mainly concentrated in the primary sector of the US economy. 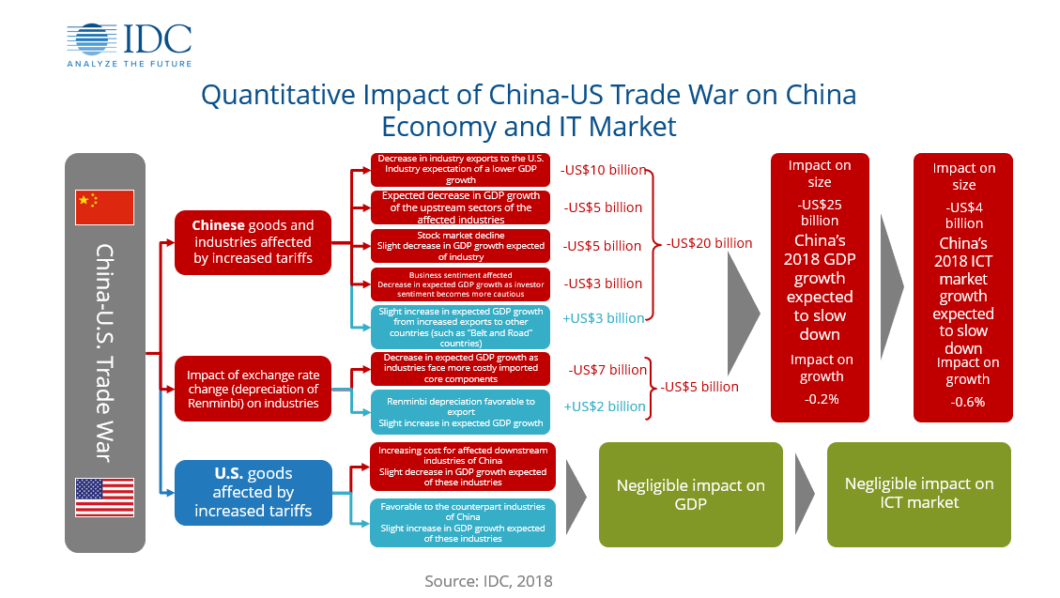 According to IDC China’s research, the imposition of tariffs by the US and China on $34 billion worth of products from each side will bring down China’s GDP growth in 2018 by 0.2 percentage points (from 6.7% to 6.5%) by affecting approximately $25 billion of GDP (US$1=RMB6.7). Specific to China’s ICT market, the overall growth in 2018 will decline by 0.6 percentage points (from to 9% to 8.4%), with approximately $4 billion of market being affected. 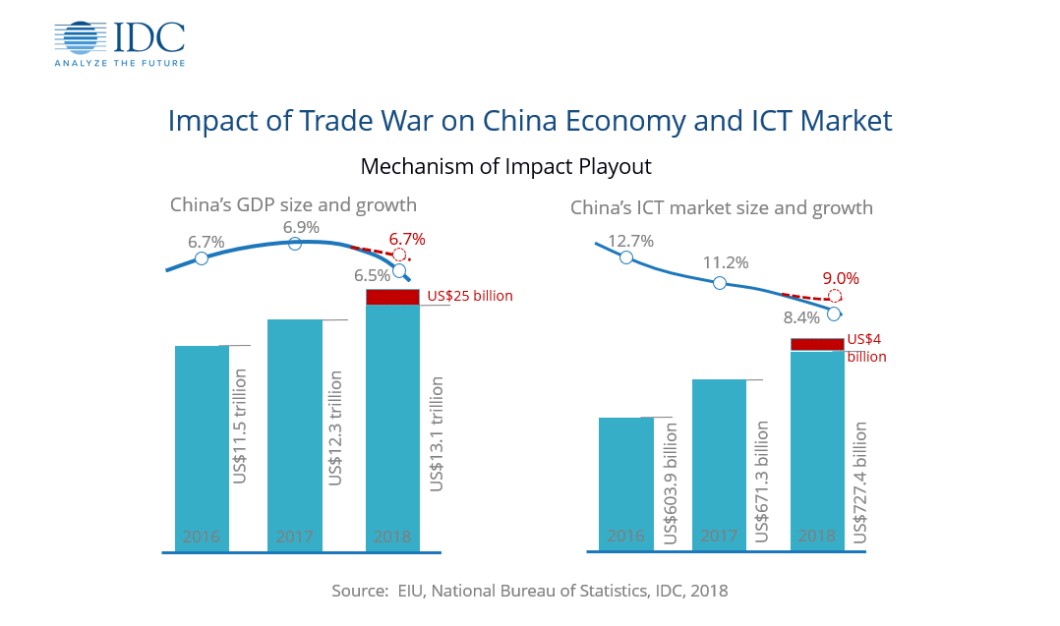 Industries and ICT segments most affected by the trade war

The impact of the trade war on the Chinese economy will directly and indirectly involve almost all industries. The manufacturing industry will be hit the most, especially in those areas related to the “Made in China 2025” industrial policy, and the services sector, especially technology services. The Chinese ICT market is expected to suffer a greater negative impact from the trade war than China’s national GDP because the outlook of a lower GDP growth will affect ICT purchase and a cheaper Renminbi will significantly increase the overall cost of China’s ICT industry that rely heavily on imported technologies. The specific impact is shown in this table. 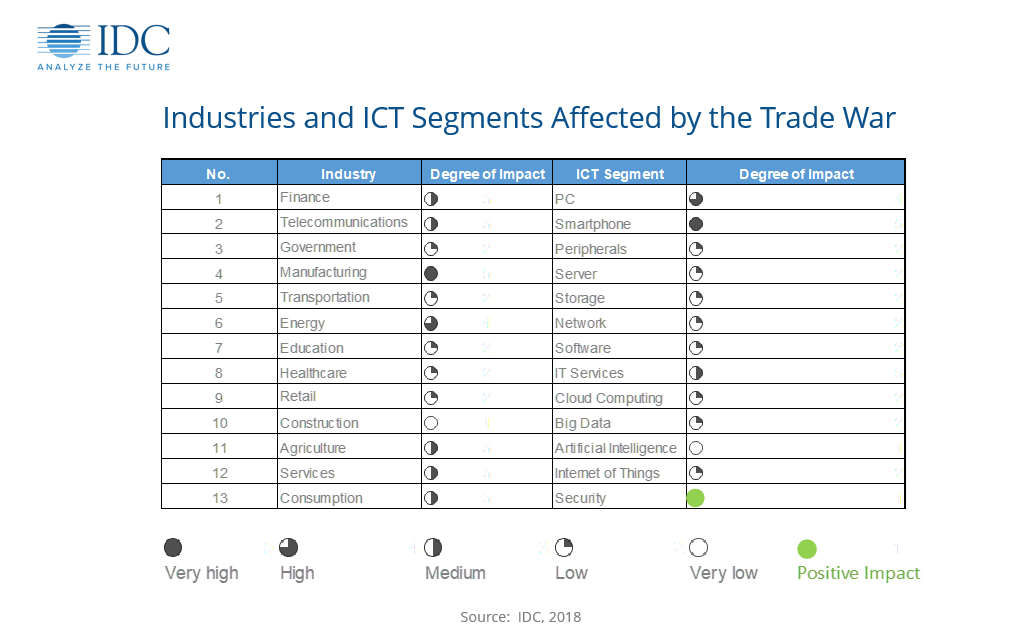 “While the China-U.S. trade war has some negative impact on the Chinese economy and the Chinese ICT market, globalization will remain in the mainstream in the long run, and so will China-US complementarity and cooperation, and digital transformation of economy,” said Kitty Fok, managing director of IDC China. “ICT vendors and industry users should take the current challenge as an opportunity by creating appropriate strategies of response and continuously investing in digital transformation enabled by new technologies to achieve technology-driven multiplication of insights, of development, of trust and, ultimately, of innovation.”