Just when you were beginning to wonder whether we would ever witness the launch of an actual digital telco offering, one comes along to surprise you.

And it is a greenfield start up from an established, respected telco in Malaysia: Celcom Axiata.

It’s called Yoodo, and it is what we have been talking about for a while now – a digital offering, using ‘software thinking’ and driven through any lingering red tape by a tiger team at Celcom. 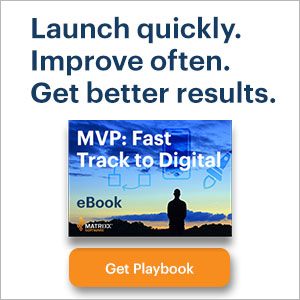 News of the launch came from digital commerce specialist MATRIXX Software, who is the vendor partner to Yoodo. Their approach was based on their Minimum Viable Product (MVP) approach that MATRIXX is promoting in their new ‘playbook’. It is a telco take on the approach adopted by software companies over the years. While telcos have historically taken the ‘it has to be perfect before we launch it’ approach, this is very much the opposite.

A small (one would like to think ‘undercover’) team, reporting to the CEO, with a budget that will not attract undue attention from the main machinery of the IT planners is a compelling story. A delivery timescale that is shorter than all but the most proactive procurement cycles, let alone contract, is even more so.

It is a different approach, and it is an important one to examine. Many telcos are talking about the greenfield approach, but Yoodo has gone and done it. As Farid Yunus, head of Yoodo says, “Traditional mobile operators design plans based on what they want to sell the customer, developing various plans and features that don’t fit most customer’s individual needs.”

Instead, Yunus says, Yoodo has “flipped that on its head and enabled customers to make their mobile plans work for them.”

The offering has a thousand combinations for customers to choose from, and MATRIXX kept to their key message that everything needs to be fast and simple. Simple sign-on, on-demand services, easy to change and no restrictions are the watch words. There is even the option to get unlimited YouTube and Facebook for a fixed monthly fee.

What this announcement proves beyond doubt is that telcos can think differently – they can think in a software way, launch the minimum viable product, get feedback and constantly improve it.

The playbook, explaining the concept of MVP is free, and available here.

Now the concept is no longer just a concept. If you read the playbook in the knowledge that a Tier 1 telco in Asia has just launched a brand new ‘telco’ based on the idea, you might find some compelling ideas to take to the next meeting about how to differentiate your own offerings.