Global OTT video episode and movie revenues will reach $129 billion in 2023; more than double the $53 billion recorded in 2017, according to Digital TV Research.

From the 138 countries covered in the Global OTT TV & Video Forecasts report, the top five will command 69% of worldwide revenues by 2023. This proportion is down from 73% in 2017; revealing that the rest of the world will grow at a faster rate. OTT revenues will exceed $1 billion in 17 countries by 2023; up from ten countries in 2017. 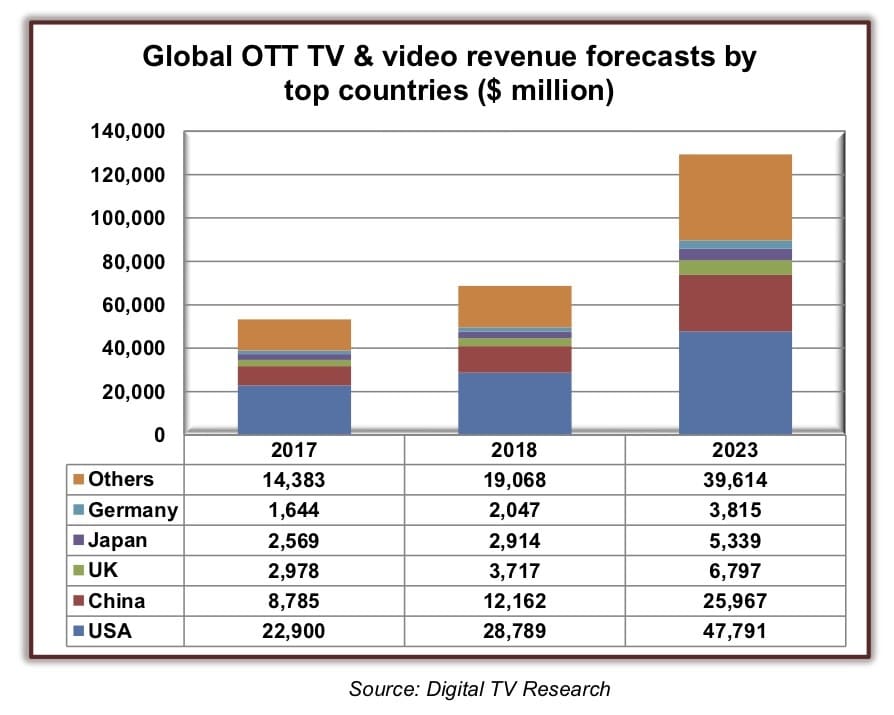 “No prizes for guessing that the US will remain the dominant territory by some distance. However, its share of global revenues will fall from 43% in 2017 to 37% by 2023,” said Simon Murray, principal analyst at Digital TV Research. “We forecast that revenues in the US will more than double between 2017 and 2023 – adding nearly $25 billion to reach $48 billion.”

Despite losing market share to SVOD, there is still plenty of growth left in the AVOD sector. AVOD revenues will increase by $27 billion between 2017 and 2023 to take its total to $47 billion (36% of total revenues).