Real innovation comes from being weird. Innovation is not about simply being faster, better or cheaper. That is what competition or efficiency are about.

Now that we are in the IoT era, where everything will be connected, there is a fine line emerging between the Internet of Silly Things (IoST) and the Internet of Neat and Clever Ideas (IoNCI).

In the running for an award for thinking outside the proverbial box, the company teamed up with the Berlin subway. This may seem an unlikely alliance (and you would be right), but here is what they did together:

Adidas made 500 pairs of trainers that are also season tickets on the Berlin subway. 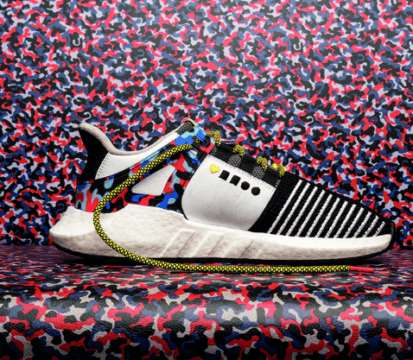 Subway operator Berliner Verkehrsbetriebe (BVG) is ecstatic – suddenly the underground network is a little bit cool as well, particularly as Adidas designed the shoes to match the livery of the trains.

BVG as style icon – who would have guessed?

The reason that we believe this is what innovation is about is that it doesn’t start from what is possible, technically. It starts with a weird, possibly crazy, but ultimately very useful idea. The ones that start from the ‘so what is possible now’ standpoint end up with products such as toothbrushes that tell you what you already know, or flowerpots that tell you what you, um, already know.

It is also different from the industrial developments in the ‘connected stuff’ arena. Putting sensors on freight containers – so that you know what temperature the contents are and exactly where everything is in a port the size of a small town – is cool, but it’s about efficiency, not innovation.

Okay, perhaps you could say it’s innovative efficiency, but that’s not what we’re getting at here.

Innovation is about combining people, ideas and possibly unlikely bedfellows to do things very differently – and in unexpected and (preferably) cool ways.

Of all the combinations of the above we have seen recently, Adidas and the BVG are certainly in the running for the IoNCI.