LG Electronics announced it will introduce the first of a suite of AI technologies for its smartphones at this year’s Mobile World Congress in Barcelona, starting with its flagship LG V30 smartphone.

LG revealed its ThinQ AI technology for smartphones at CES 2018, based on its research that focused primarily on developing AI-based solutions that can deliver a unique and more intuitive user experience, particularly for camera and voice recognition.

LG said its ThinQ-based “Vision AI” next generation image recognition technology makes the LG V30 camera smarter and easier to use by automatically analyzing objects and recommending the best shooting mode from among eight modes. The angle of view, color, reflections, backlighting, and saturation levels are all taken into consideration as the phone analyzes images in its database to determine what the camera is focusing on to recommend the best setting.

For example, pointing the camera at a plate of pasta will result in food mode being invoked, resulting in warmer colors and heightened sharpening for the most appetizing shot possible. LG says. 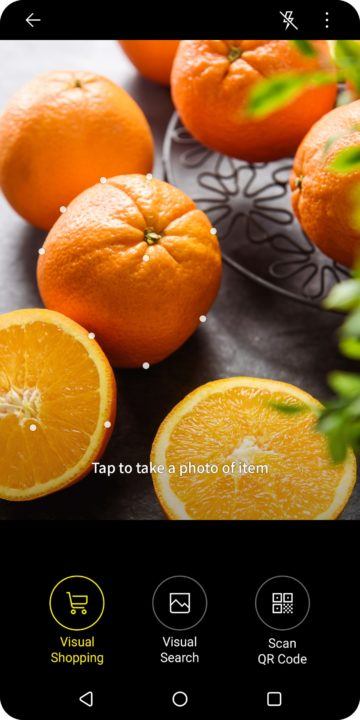 Vision AI also provides shopping advice via smart image recognition. By pointing the camera at an object, Vision AI can automatically scan QR codes, initiate an image search or provide shopping options including where to purchase the item for the lowest price and other similar products that the customer might find of interest.

A new low-light shooting mode automatically brightens images in dim environments by a factor of two. Instead of conventional methods of measuring external light levels, Vision AI instead measures the brightness of the actual image that will be recorded, resulting in brightness levels that are adjusted much more accurately.

The V30 will also sport “Voice AI”, which allows users to run apps and change settings through voice commands alone. Working alongside Google Assistant, the 32 LG-exclusive Voice AI commands – up from 23 commands in 2017 – Voice AI eliminates the need to search through menu options and allows for direct selection of specific functions.

“As we communicated last month at CES, the future for LG lies in AI, not just hardware specs and processing speeds,” said Ha. “Creating smarter smartphones will be our focus going forward.”