Trust is an essential ingredient for success in the experience economy, but service providers are still coming up short in this area.

Recently we read that UK regulator Ofcom is fining EE and VM for ‘overbilling’ customers for leaving their contracts early. Let’s be clear here: this isn’t a billing problem, but a policy problem.

The regulator said about 400,000 EE customers who ended their contracts early were over-billed and paid up to £4.3m too much as a result; 82,000 Virgin customers were overcharged by almost £2.8m.

Not all EE customers had paid excessive exit charges, as EE had waived some of them. However, EE admitted it had failed to repay £1.6m as it did not have records covering the entire six-year period when it was overcharging. It also, by default, admits to not being consistent in how it deals with its customers. It says it has now refunded its customers where possible and changed the way it calculates early exit fees.

Virgin Media said it had mistakenly overcharged 1.5% of its 5.5 million cable customers between September 2016 and August 2017. It says it has compensated more than 99% of affected customers and doesn’t believe the Ofcom fine is fair. It intends to challenge it.

This story is highly embarrassing not just for the service providers involved, but for the entire industry. Too many service providers continue to attempt to punish and control, rather than building a healthy, happy customer relationship. In years gone by, they could get away with such an approach, but today’s market means more choice for customers and fewer new customers. It’s also easier to swap service provider and easier to find out the best and the worst experiences from other customers.

Upsetting your customer to the point where they leave, means they won’t do business with you again. But treating a neutral customer poorly when they want to leave also transforms them (unnecessarily) into someone who won’t do business with you again. These actions progressively shrink your addressable market. By behaving like this, service providers are killing off their future business through short-sighted policies that aren’t even netting them much money.

There are, of course, legitimate reasons for early exit fees – notably to recover equipment costs. However, the industry has been notoriously opaque in this area, to the point of being disingenuous. Some service providers continue to charge for equipment long after it’s been paid off, in the form of inflated monthly fees. This has caused Ofcom to consult on forcing service providers to advise customers when a contract is coming to an end to help them avoid inflated monthly charges that include fees for handsets that are already paid for (Ofcom’s plans to address this are due to be published in March 2019).

A far better way of dealing with recouping the cost of equipment would be to display the cost separately on the bill, depreciating the charge as it is paid off. When paid off, it would automatically be removed from the monthly charge.

Depressingly, all of this reveals that many service providers still cannot be trusted to deal fairly and transparently with their customers, which affects the entire industry. Distrust spreads – unfairly creating a ‘they’re all as bad as each other’ effect.

What this story really tells us about the telecoms industry is that many service providers would rather spend billions on technology than work on the relationship between themselves and customers. Customers do more business, and for longer, with companies they trust. And while trust is more than just fairness, fairness is a key ingredient of trust. In fact, trust is one of the primary assets a company has when doing business in the experience economy, and is essential (along with satisfaction) to increasing loyalty. Sadly, many service providers are still in the business of trying to fool and exploit customers – even though they risk being caught out and shamed – focusing on short-term gain at the expense of long-term business success.

The good news is that the current low level of trust in some markets and sectors means a huge opportunity for companies that adopt a trust-based approach to doing business. But even these will need to clearly articulate how they’re different to a sceptical customer base, and then back that with actions. 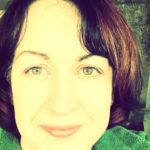