NTT DoCoMo announced that it has commenced a proof-of-concept (PoC) aimed at realizing a new video IoT solution that it says will enable the interpretation and analysis of video data sourced from surveillance cameras using edge computing.

In connection with this initiative, DoCoMo also announced that it has made a strategic investment in Cloudian, a Silicon Valley-based company specializing in enterprise object storage systems who also developed the Cloudian AI Box, a compact, high-speed AI data processing device equipped with camera connectivity and LTE / Wi-Fi capabilities, facilitating edge AI computing with both indoor and outdoor communications. The investment was made through NTT DoCoMo Ventures.

As a first step, the PoC will test and evaluate the sourcing of data from surveillance cameras, aiming to develop a solution that uses existing cameras, requires no wired connectivity and does not involve the transmission of large quantities of data.

The interpretation and analysis of video data from surveillance cameras is expected to be deployed in a wide range of scenarios, such as in general security, quality inspections during manufacturing processes, human presence detection, and marketing initiatives at retail stores.

Currently, the transfer and processing of large volumes of video data to the cloud was a lengthy process involving significant delays and placing a considerable burden on cloud infrastructures and communication networks. The new solution will aim to address these shortcomings and herald a new era of high speed image recognition and processing accelerated by edge computing. 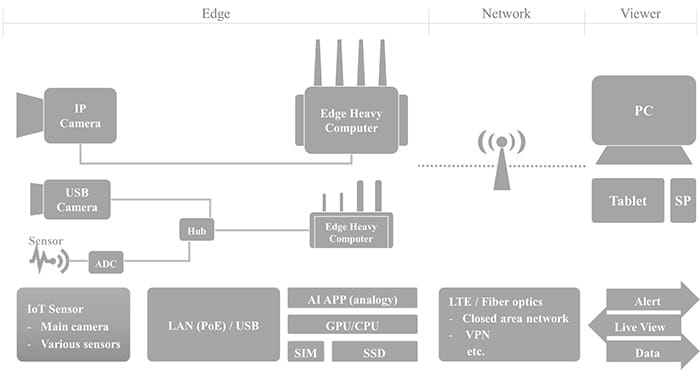 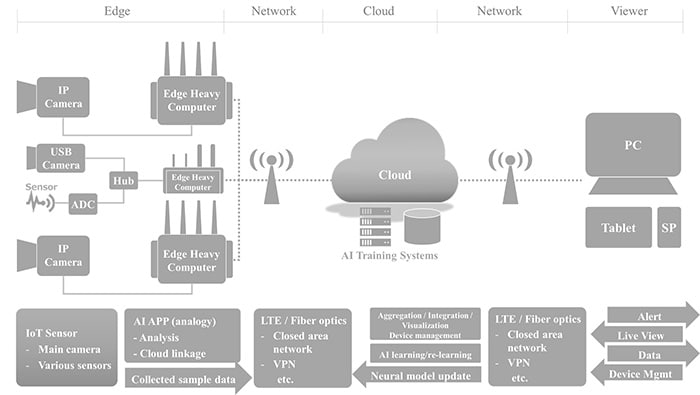